Purplebricks has come under intense media scrutiny over its system for offering customers a way to ‘buy now pay later’. The controversial deferred payments plan means that anyone who signs up with Purplebricks has the option to either pay right away or to hold the payment back until either the property sells, or 10 months has expired – whichever happens first.

The BBC consumer programme Watchdog put the spotlight on Purplebricks on August 2nd, featuring various customer complaints about how the deferred payment scheme actually works – specifically the fact that by taking it up customers are signing a credit agreement with a separate company called Close Brothers.

The partnership with Close Brothers means that Purplebricks effectively hands over a key part of the customer relationship – the payment collection – which some people felt was misleading.

The other factor that people may not like about Purplebricks Pay Later is that to take it up you have to use their recommended solicitors for your conveyancing. This is what the Purplebricks website says:

“It is a condition of Pay Later that you agree to instruct the Conveyancing Services to act on your behalf once a sale is agreed with a purchaser and you hereby agree that you will instruct the Conveyancing Services to make payment in full to the Provider on Completion for the Products and Services taken by you in the event that you have not already made payment in accordance with the Pay Later Terms.”

In short, if you want to use your own trusted local solicitor to sell then you can’t use Purplebricks Pay Later option.

Purplebricks has defended the credit arrangement, with boss Michael Bruce denying he was leading customers “up the garden path”. But Mr Bruce did say he would be having talks with Close Brothers to see if any changes were needed and added: “I apologise if we don’t get it 100% right.” 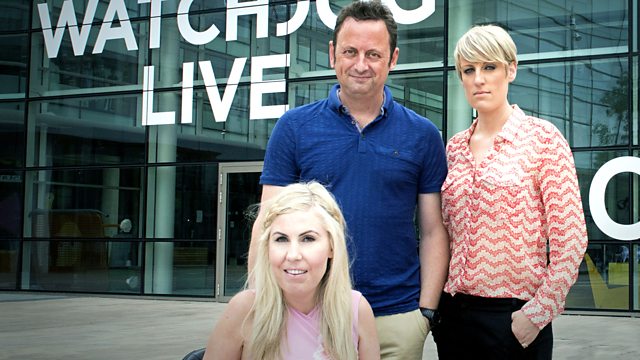 The Watchdog team has put the spotlight on Purplebricks. Pic via BBC

The fallout of the Watchdog investigation may be that some property sellers who were considering using Purplebricks now have doubts about the deferred payment option. For those vendors there are two clear alternatives they may wish to consider.

Firstly, they could simply pay Purplebricks the full amount upfront. This means there is no credit agreement to worry about, but the downside is that you have to come up with the full fee upfront which may cause a cashflow problem for those who are a little stretched at the moment.

Secondly, one option would be to consider a No Sale No Fee alternative currently being offered by a Purplebricks competitor HouseSimple.

They do advertise their online estate agency services on TV, but not as heavily as Purplebricks so you may not have heard of HouseSimple. However, they have been around since 2007 and have sold literally thousands of properties in the UK.

The No Sale No Fee package is simple and ‘does what it says on the tin’. It costs more than Purplebricks (£995 compared to £849 – correct at the time of writing), but you have the security of knowing you will not pay them if the property fails to sell. HouseSimple describes it as: “Only pay if you sell. No tie in or cancellation fee.”

Time wil tell if Purplebricks decide that what consumers actually want is a genuine No Sale No Fee plan compared with a Pay Later with strings attached style package.

For now at least it is HouseSimple who are the only major online estate agent offering this form of low risk payment and no doubt they will hope to take advantage of the negative publicity for Purplebricks.