Any estate agent will tell you about typical property buyers’ most obvious dealbreakers: think location, space, condition, transport links, crime, local schools and so on. But what about the many hidden factors that could make an otherwise keen property buyer reduce their offer – or worse, lose interest in the purchase entirely? 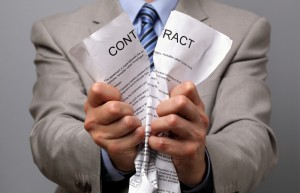 Does having a bad mobile reception matter to buyers more than living next door to a cemetery? What about energy efficiency – it may be a legal requirement but do buyers really take any notice of that Energy Performance Certificate?

SellingUp has conducted an exclusive survey with Populus, one of the UK’s leading market research firms, to look into some of the lesser known reasons that potential buyers may be put off entirely, or encouraged to make a reduced offer.

Populus, on behalf of SellingUp, asked a 1000+ sample of the general UK adult population the following question:

Imagine you are looking to buy a property, and you noticed there was an issue. To what extent do you think each of the following would influence your offer on the property? 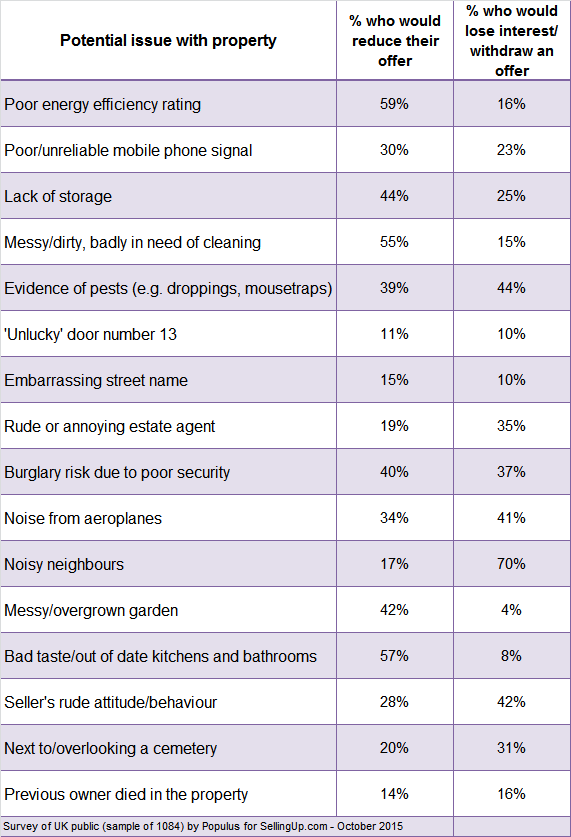 Note: Scroll to bottom of page for a more detailed breakdown of survey respondents’ answers 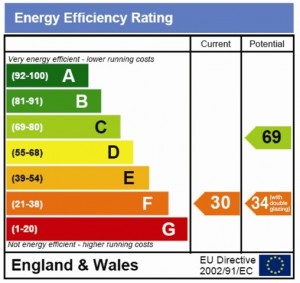 If you thought no one bothered about energy efficiency then the survey suggests property buyers are a greener bunch than you realised – or perhaps it is simply the fear of rising energy bills. Whatever the reason, more than one in three (36%) said a poor energy efficiency score would lead them to cut off thousands of pounds from their offer price. A further 23% would reduce their offer by a few hundred pounds and 16% would pull the plug on a purchase entirely. 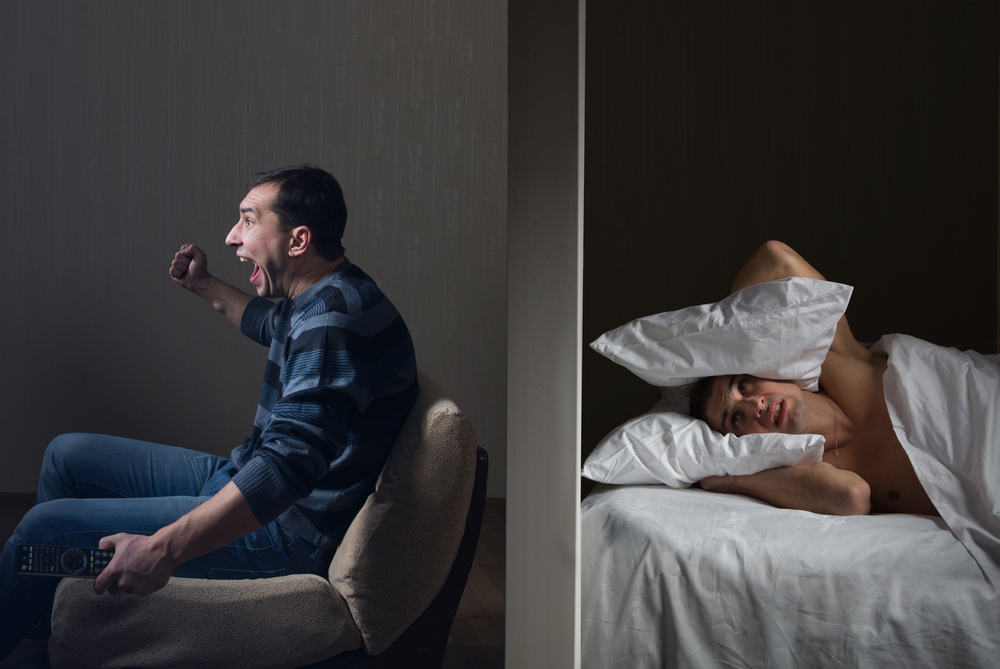 By far the biggest turn off for buyers in our survey would be the discovery of noisy neighbours. So ingrained is the fear of being stuck next door to neighbours who party in the early hours, scream blue murder or have just bought a new drum kit for their aspiring rock star offspring that 70% would close their ears to any talk of proceeding. Only a hardy (or hard of hearing) 1% would be willing to go ahead and buy without asking for any form of price reduction. 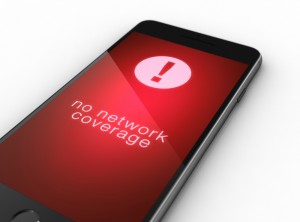 In what is possibly a testament to the modern obsession with being constantly connected, almost a quarter of people (23%) said they would cut off from a property deal if they discovered it had a bad mobile reception. Exactly 30% said they would reduce their offer (17% by a few hundreds pounds, and 13% by several thousand). A bad signal didn’t set alarm bells ringing for 10% who were not bothered and would proceed without reservations.

Messy/dirty, badly in need of cleaning

Television ‘house doctors’ are constantly advising property sellers to de-clutter, tidy up and give their place a thorough clean in order to attract the maximum number of buyers. According to our survey it’s smart advice. Almost one in three (28%) of potential buyers said that when faced with a property that is messy and very dirty they would reduce an offer substantially, while 27% would try to get the price down by a few hundred pounds (presumably to cover the cost of a cleaning company and a skip). A mess-averse 15% said they would pull out altogether. 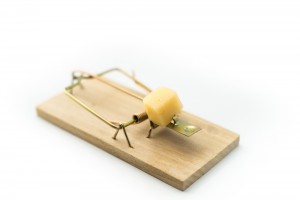 No one likes pests, and potential property buyers are no exception. Evidence of an infestation such as droppings or mousetraps would be enough to send almost half (44%) of buyers scurrying off. Around a quarter (23%) would be inclined to make a substantially lower offer and 16% would drop the price by a few hundred pounds. A mouse-sized minority of 3% would have no reservations in proceeding despite the potential presence of some pesky house guests.

The prospect of cringing every time you tell a taxi firm or takeaway your address seems to be enough to put off 10% of buyers. A further 15% would only agree to live in (insert your own suitably rude road name here!) if the seller was prepared to drop the sale price. A self-assured 39% would have no worries at all – perhaps some would even see living in a naughtily-named street as a badge of honour.

Lots of people see 13 an unlucky number and it turns out it’s not just a handful of superstitious crackpots either – it’s almost half of property buyers. When asked if discovering a property was at number 13, a trepidatious 38% said it would put them off to a greater of lesser extent. Close to one in six (17%)  would be deterred slightly but would cast their superstitions aside for the sake of a great property. But a wary 11% would either drop the offer by either thousands of pounds (4%) or hundreds (7%) while 10% would be spooked out of the deal entirely. 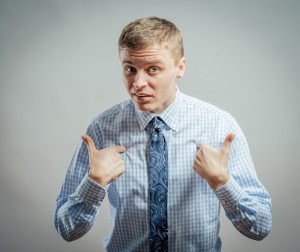 Rightly or wrongly estate agents often get a bad press, accused of being self-serving and economical with the truth. According to our survey another real danger for sellers is hiring an agent that is rude or annoying to buyers. More than one third (35%) said that an agent with a bad attitude would irritate them so much that they would walk away from a purchase, presumably either on principle or to preserve their sanity. Almost a fifth (19%) said they would expect the buyer to pay a price – literally – for hiring the offending agent, in the form of a reduced offer, whereas a pragmatic 31% would put up with it and proceed.

Burglary risk due to poor security

Politicians often say that fear of crime exaggerates the reality, but for property buyers, the worry of being burgled can be a major factor in deciding whether or not to buy, our survey suggests. If they thought that security was a problem, a risk averse 37% would pull the shutters down on the purchase, while 23% would ask for a major price reduction – perhaps to compensate for the cost of CCTV, alarms and window bars, not to mention insurance premiums. Another 17% would ask for a few hundred pounds off the price, which might equate to the cost of some minor improvements.

Lack of storage is one of the most often complained about traits in a property, especially ones that have been converted by investors for maximum profit. This is a sentiment that seems to be borne out by our survey. Close to a half of respondents (44%) revealed they would reduce their offer price to compensate for a lack of storage space in the property, and a cupboard-coveting 25% would lose interest entirely. Only 4% said storage was not an issue for them.

Campaigners fighting against the expansion of the UK’s biggest airports, Heathrow and Gatwick, might feel vindicated by our survey when it comes to their concerns about the effect of airborne noise pollution on property values. A jumbo-sized 41% of buyers would be prepared to see a purchase fly off into the horizon if they noticed serious noise from the skies above. More than one third (34%) of buyers would expect a price reduction (23% in the thousands and 11% in the hundreds of pounds) no doubt to make up for sleepless nights and the cost of triple glazing. 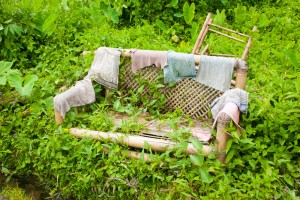 In crowded cities, outside space is often seen as a luxury and many feel they are lucky just to have their small plot of greenery, whatever condition it happens to be in. But a tidy 15% would be so put off by a garden lacking love that they would reduce their offer by several thousand pounds (while 27% would cut it by a few hundred). A particularly fussy (or lazy?) 4% said a messy garden would uproot a sale entirely.

There’s a saying that kitchens and bathrooms sell homes, but according to our survey they are rarely a dealbreaker. Only 8% would be so horrified by a bad taste kitchen or bathroom that they would wash a deal down the plug hole. Instead, 57% would be after a price reduction to cover the cost of a major refurbishment.

With the rise of online estate agents, more and more buyers are having direct contact with property sellers who often will host the viewings and negotiate the price directly. The upside of this is cutting out the middleman and getting through to the decision makers fast, but a potential downside is the risk of a tense personality clash or worse a full blown bust up. A seller can expect to lose 42% of buyers if they cross the line from firm and forthright into rude and rough. Close to one in three (28%) would attempt to punish a disrespectful seller by dropping their offer price – the majority by several thousand pounds. 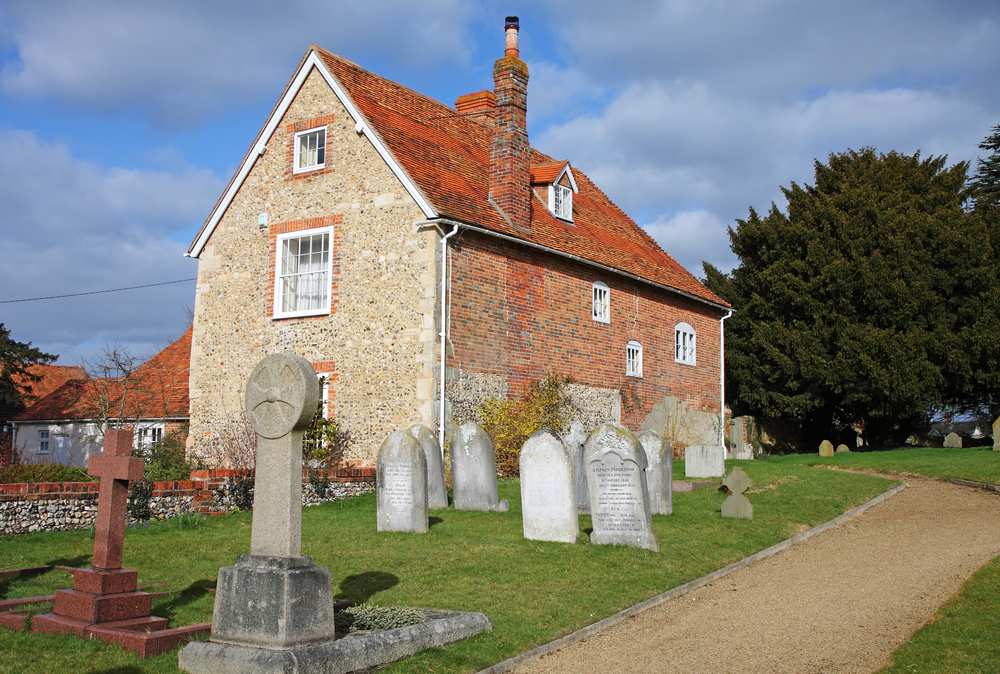 Nobody wants neighbours from Hell, but what about from Heaven? Not many either, as it turns out. Less than one quarter (24%) of those surveyed would be happy to proceed with no hesitation and buy a property next to or overlooking a cemetery. One in five (20%) would seek a price reduction, which puts a different spin on the concept of a death tax. A squeamish 31% would lose interest entirely and bury the deal six feet under.

Previous owner died in the property

Estate agents are obliged in law to inform buyers if there has been a gruesome death like a murder in a property, but not if someone dies in ‘normal’ circumstances – even if it took place a matter of days or weeks earlier. That is no issue for 34% of buyers who are happy to look to the future, while 27% would not also like the idea but would go ahead anyway. A thanatophobic (fear of death for those who appreciate their phobia jargon) 16% would simply let the deal expire.

This SellingUp survey demonstrates that when it comes to investing in property you really do have to think beyond the obvious factors like location and size and consider all of the possible downsides and the likely future impact on resale values.

As well as providing a generally interesting insight into buyers’ views, we hope that what we have learnt can be used by sellers to fix any solvable problems and also to choose their future property purchases more carefully. 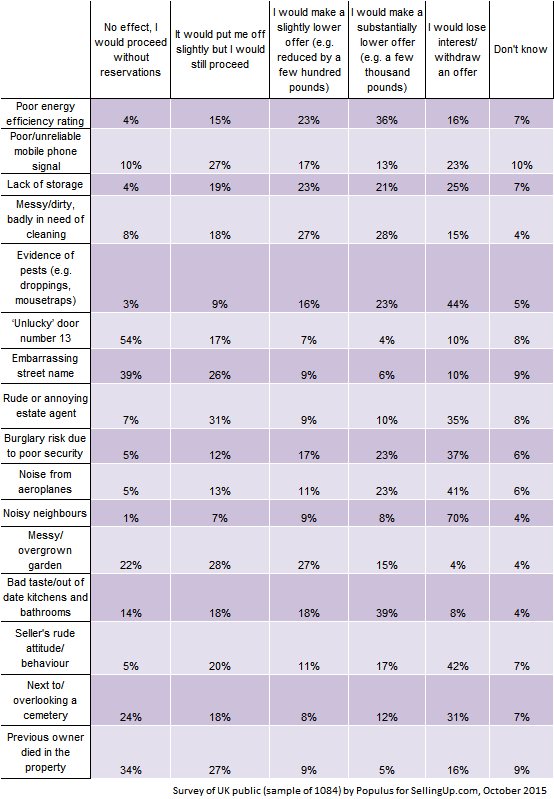