Celebrities and high profile business people are increasingly putting their names (and their money) behind online estate agents. But just what is the appeal of the online version of what is, after all, a notoriously unpopular profession? SellingUp has compiled a round-up of famous faces who seem more than happy to be associated with the much-maligned business of selling houses.

Here is a round-up of some of the leading online estate agents and the famous people and business gurus that have become involved in one way or another with them. Some have just lent their name, whilst others have taken their support of a brand to the next level by investing millions of pounds. 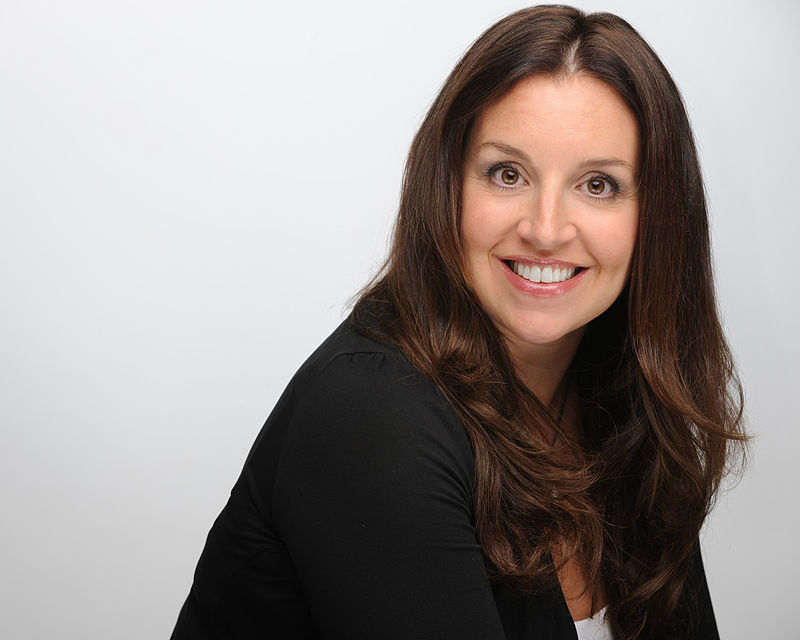 Willingham is a British entrepreneur and one of the Dragons on the most recent series of Dragon’s Den. She has also presented programmes on Sky TV. Willingham lent her clout to Purplebricks in a TV advert back in 2014: “I like Purplebricks because for me they’re the only estate agent that can give you everything you need, and for a fantastic price. But research has shown that while sellers want a different way to sell their property, they don’t want to go it completely alone and just rely on an online system. They still want a local expert who understands the market and knows the area inside out.” See the Purplebricks TV ad featuring Sarah Willingham.

Sarah Beeny, TV property expert and internet entrepreneur is the founder and public face of Tepilo.com (image via Tepilo)

Beeny is best-known for presenting a series of property programmes on Channel 4 including Property Ladder – as well as founding the popular dating website MySingleFriend.com. She founded Tepilo in 2009, initially as a free For Sale By Owner service, relaunching it as an online estate agent in 2013. Beeny says: “I know that you want to sell your house for the best possible price, quickly and with as little stress as possible – without forking out thousands of pounds to do it. I therefore created my online estate agency, Tepilo, which has redesigned the property selling process around the customer.” See the Tepilo TV ad featuring Sarah Beeny. 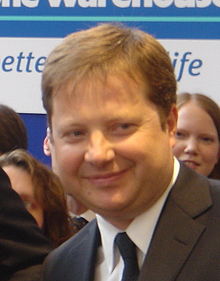 Charles founded Carphone Warehouse and is the chairman of the TalkTalk group. In January 2015 he backed HouseSimple with £5 million.

“We like HouseSimple, we like its management and we like the idea of saving Britain’s home sellers billions of pounds, with a better experience… High Street Estate agencies are not well-loved.

“They’re behind the curve in seeing the impact of the Internet. Rightmove and Zoopla started it. Now you’re seeing the rapid growth of online agencies, and HouseSimple is in the van.” 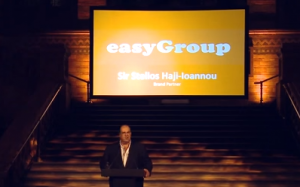 Sir Stelios Haji-Iannou of easyGroup presents at the launch of easyProperty.com (still image via YouTube)

Sir Stelios needs little introduction, as the man behind the easyJet brand and its franchises. He sold one of these to easyProperty CEO Rob Ellice, and the new online estate agency went live in September 2015, though he does not own shares in the company and is not a director.

Sir Stelios says: “I own a famous brand. The easy brand is recognised by consumers all over the world because it is used by one of the best known airlines in Europe, now a FTSE 100 member, flying more than 65 million customers annually. easyProperty is up and running now. It is a capital expenditure-light, asset-light internet start-up that does not need to buy an extra plane to serve another set of customers in order to grow.” See Sir Stelios talking about easyProperty at the launch event. 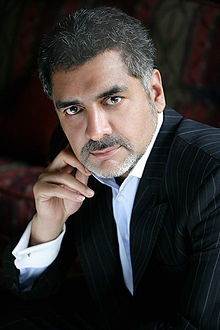 Caan says: “When eMoov was first brought to my attention, the immediate comparison that came to mind was that of the high-street travel agents/insurance agents and the disruption that has occurred in those sectors over the last decade. The scalability of eMoov combined with the enthusiasm and passion of the team is why I invest in entrepreneurs who believe in what they do…”

The eMoov team are customer service obsessed and knowledgeable of the fact that they are playing an integral part of putting the power back in the hands of the consumer. From the moment I met (CEO) Russell [Quirk] I could tell he was determined to deliver a consumer friendly, low-cost estate agency service which treats customers with integrity and transparency.” 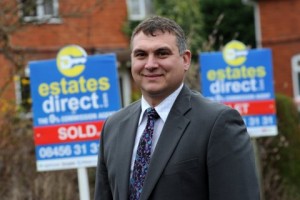 Smith is the founder of Poundland and the chairman of Estates Direct.

He says: “My entire career has been built on giving my customers value for money. I wanted to get involved with an online estate agent that specialised in sales and lettings, and managing properties for landlords at a low fixed fee.

“After being introduced to the EstatesDirect.com team, I trialled the model as a customer, selling one of my properties. I was really attracted to the agency’s hybrid business model and decided there and then that I wanted to get involved.”

Lastly (and most tenuously), Parish is an actress who has starred in a number of UK classics, including Merlin, Dr Who and Peak Practice, among others. She appeared in the Sherlock Holmes-style ‘Pink Scarf’ and ‘The Block of Ice’ adverts for Homeseller in September 2015.

After analysing the scene of a crime outside a house Parish declares: “Obviously the property’s just been sold. The seller saved themselves thousands in traditional estate agency fees…” When her Dr Watson asks how she deduces that, she replies: “The board, John, the board.” See the Homeseller.com TV ad featuring Sarah Parish.