The owner of the now defunct online estate agent Houses.co.uk has told SellingUp that his catchy domain name is for sale but for more than ten times the asking price that it was listed for last month. Essex-based American entrepreneur Peter Thornton says that Houses.co.uk was never actually available for the pricetag of £3000 that we blogged about last month. 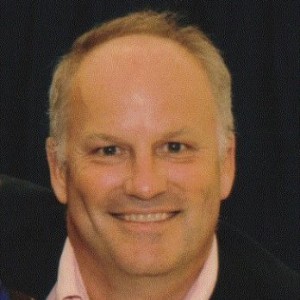 Instead, he has blamed domain name sales website Sedo.com for putting an automated valuation on his domain which he feels was “several orders of magnitude too low”.

“They had an auto appraisal that wasn’t working, and gave it a really low valuation,” he said. “We must have had three dozen offers, some up to £10,000.”

And among those looking to bag a bargain was Russell Quirk, CEO of major online agency eMoov – and a fellow Brentwood resident.

“What happened is, our kids go to the same school and it was a parents’ day,” explained Thornton. “We got talking about the domain and he said to me ‘I made you an offer, I was waiting to hear back from you’. It was in the £3,000 range, it was for some lettings project.”

Quirk was no doubt less keen when it was expained that the price was set by an ill-informed web programme and actually it should have been around £50,000.

Thornton explained that he decided to put the domain for sale after agreeing to wind up the online estate agency that he started in 2014 with his friend Russell Bennett, an Essex agent who was keen to have a go at running an online fixed fee firm.

Thornton made his money with a successful Australia-based online car rental business Vroom Vroom Vroom, and was planning to apply his online marketing expertise to Houses.co.uk, but the marketplace proved too crowded.

He told SellingUp that he decided to let the online agency “fizzle out” when he realised how competitive the industry had become.

“The competition had a huge headstart. We were planning and working things out and everybody else was sprinting.”

But in the end it was the heavy discounting of online agents that convinced him and partner Bennett to shut the front door on Houses.co.uk.

“It is a price war”, he said, referring to how how far online agents have gone in slashing their fees to attract new customers. “The online estate agency market is in a race to the bottom.

“If you want to drop your prices so low just to drive everybody out until you have the market to yourself you can try, but it’s a long slog.”

When Thornton told us he used to work for NASA as a project manager on the Hubble Space Telescope, we felt obliged to ask him for a far sighted prediction on how the online estate agency industry will develop.

“If they are going to really take off, online agents should be supporting each other.and pushing the concept to the public. Many customers aren’t sure if they even like the concept yet – it still needs to be built up.”

Appearing to back the approach of market leader Purplebricks, he also believes that online estate agents should focus more on service than price as their key message to property sellers.

“They can say that Rightmove are going to take care of the marketing and that’s fine, but I think that as well as a lower price, people are also looking for an equivalent service to regular estate agents, someone to do the viewings, someone with the local expertise.”