The internet domain name of start-up online estate agent Houses.co.uk is for sale for a knock down price less than two years after the site launched. Houses.co.uk was a joint-venture between high street agent Russell Bennett of Quirk Deakin in Grays, Essex and his friend, dot com car rental entrepreneur, Peter Thornton. 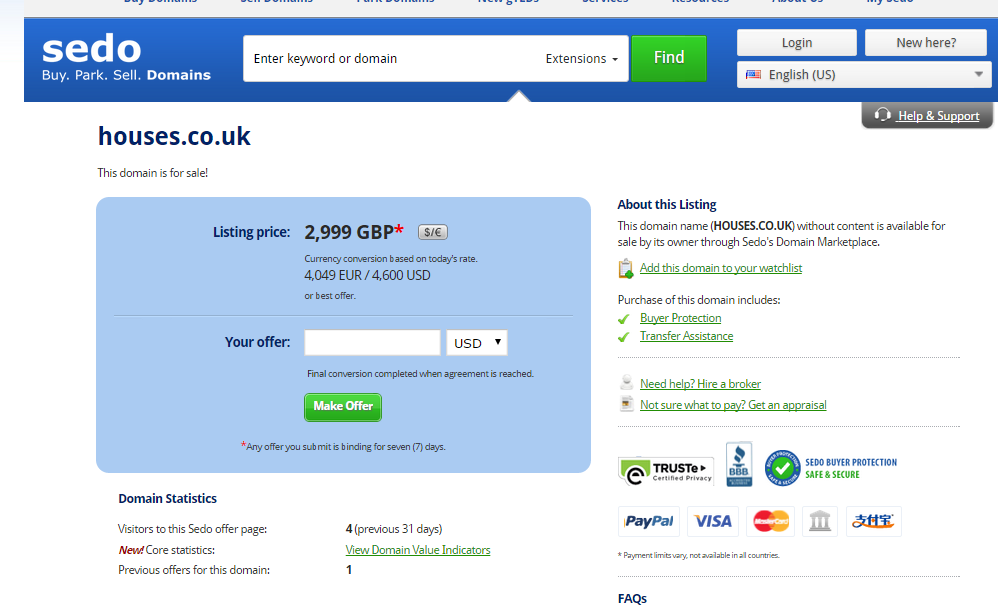 Buyers are invited to make an offer: Houses.co.uk’s current for sale page on Sedo

The domain was purchased several years ago by Thornton, according to an investment newsletter, for £40,000, but is now on the market for under £3,000 – a heavy reduction in any agent’s book.

Once a premium property: Archive of sold domain names that shows Houses.co.uk went for $71,000 in 2009

Business partner Bennett confirmed to SellingUp that Houses.co.uk was no longer functioning day-to-day as an online agency because he was “too busy” with his high street business and Thornton had too little time to work on the venture.

According to a report in Angel News at the time of the launch in April 2014, as well as the domain cost, Thornton and Bennett had “invested further, as well as sourcing outside investment totalling £50,000 in start-up funds and an additional £50,000 in working capital”.

Despite its ‘for sale’ status, Houses.co.uk still has four properties listed on Rightmove at present and Bennett confirmed they would continue try to sell them “because they have already paid”, but are not actively seeking new instructions – although he indicated they may still accept new instructions under the right circumstances.

It was not clear what would happen to new and current instructions if and when the domain name is sold.

The name is currently listed for sale on domain marketplace website Sedo for £2,999 and potential buyers are invited to “make an offer”, suggesting it may be available for even less. In September the domain was auctioned on Sedo but failed to make its reserve price range of 25,000 to 49,999 euros. 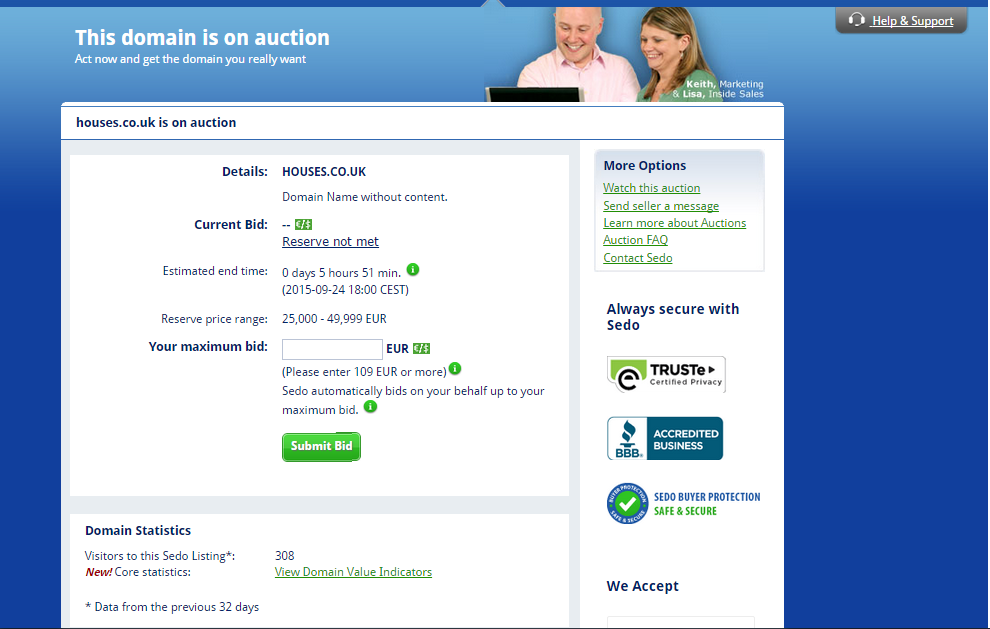 Going…going…but not gone: Houses.co.uk failed to reach its reserve at auction in September

Having witnessed the example set by his predecessors, Bennett admitted he wanted to experiment with an online offering, saying: “we were told it was the future”. He explained that Houses.co.uk was a convenient way to investigate the potential of an online fixed price offering because “[business partner] Peter already owned the domain name and I am an estate agent.”

But, he claims, the traditional market picked up for them so much they were “too busy” to get the new venture off the ground.